The MLX90395 is an automotive-grade 3D magnetic field sensor that allows the selectable measurement of X, Y, and Z magnetic fields and reports the magnetic vectors over a SPI or I2C bus.

Compared to the previously released, consumer-product-focused MLX90393, the MLX90395 shares many features but also differs in many ways.

Higher speed operation
The speed has been increased, up to a 2kHz peak sampling rate, when measuring all three magnetic field axes.

Two ranges of field
The MLX90395 provides two magnetic field versions; a medium field and a high field version. The medium field version enables 50mT maximum magnetic field in the X and Y axes and 130mT in the Z axis. The high field variant extends the magnetic field range to 120mT in the X and Y axes with the same 130mT maximum field in the Z axis. The high field version is particularly suited for applications where stray magnetic fields, produced by another magnet or by a current carrying conductor, may be present. By increasing the desired signal from the permanent magnet the error due to the infringing field will be reduced. For both versions, exceeding the maximum field range will not damage the sensor. Returning within the operating conditions will return the sensor to normal operation.

Automotive qualification and multi-packages
Finally, the MLX90395 is automotive qualified to the AEC Q100 standard and is available in a RoHS compliant 3x3mm QFN16, SOIC8, or TSSOP16 package. The QFN16 and SOIC8 packages contain a single silicon die while the TSSOP16 contains two fully independent dies for applications requiring redundancy for safety or availability reasons.

Protocol
The MLX90395's output is selectable between SPI or I2C allowing flexibility in integration. The SPI protocol operates at a clock speed up to 10 megahertz while the I2C protocol supports I2C standard mode with clock rates up to 100 kilohertz or I2C fast mode with clock rates up to 1 megahertz. Trigger and interrupt pins are provided for starting measurements at defined times and flagging when data is ready. Triggering via command and polling are also supported for pin-count constrained applications.

Flexibility
The MLX90395 is highly configurable. For example, the axes to be converted can be chosen from any combination of X, Y, and Z. For example, in many rotary motion applications only X and Y magnetic fields need to be sensed. The Z axis can therefore be skipped saving current and time. The supply voltage and temperature measurements are similarly selectable.

Within the increasing complexity of technologies in vehicles, the assurance of their proper functionality is becoming a major concern. Melexis follows the ISO 26262 to reduce the risks caused by systematic and random failures. Discover more about ASIL.
Read more 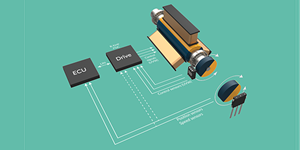 Electrical motors are complex systems. In this area there are motor drivers that can perfectly operate without a position sensor (sensorless). So why add extra component(s)?
Read more 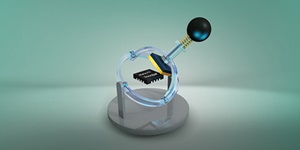 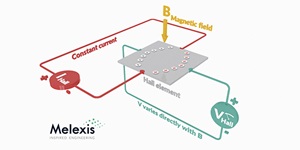 What is the Hall-effect?

The MLX90395 is a 3D magnetometer intended for sensing the position of a magnet in space. This webinar will cover the the features that make the MLX90395 attractive for space, power, and cost constrained position sensing applications. Various example applications with different motion types will be discussed as well as a small demo with knobs, sliders, and joysticks.

The MLX90395 is a 3D magnetometer capable of measuring X, Y, and Z magnetic fields which extend the previously released, consumer-product-focused MLX90393.

The MLX90397 is a 3D magnetometer designed for position sensor applications with a +/-50 mT range with an adaptive range on BZ of +/-200 mT. It makes it ideal for battery-powered applications.

The MLX90393 is the newest addition to the Melexis position sensing portfolio, bringing the highest flexibility in the portfolio’s smallest assembly. Complementing this, the magnetic field sensor is designed for micropower applications, with programmable duty cycles in the range of 0.1% to 100%. 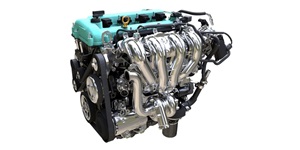 Fuel management is under pressure. Fuel economy and performance are crucial to the ICE efficiency. Discover the products which support the optimization of fuel management.